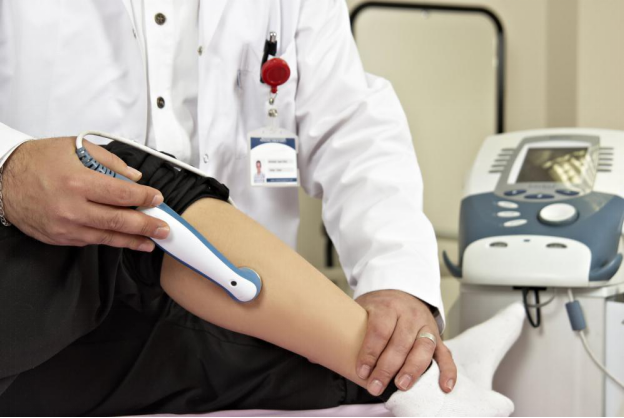 All You Need To Know About Cold Laser Therapy

Laser therapy has been part of modern medicine for several decades now. When people consider laser therapy, they usually think of cauterization and radiation therapy.

However, laser therapy does not burn the skin or destroy cells around the wound. It only focuses on the site that has been injured and works to improve the tissues.

We at Shelby County Chiropractic in Shelbyville, Louisville, KY, offer Cold Laser Therapy as one of our general chiropractic services.

What Is Cold Laser Therapy?

Cold laser therapy produces a photochemical effect as opposed to a thermal one being produced by High-Power Laser Therapy. It does not produce heat when applied on the skin which is the reason it has been named cold laser therapy.

How Does It Work?

The light during cold laser therapy activates biochemical changes in cells which is similar to the process of photosynthesis in plants. The cellular receptors absorb photons the low level light which triggers chemical changes within the skin.

Cold laser therapy has a huge impact on pain, tissue repair and inflammations. The reason for this is those nano wavelengths (660nm–905nm) that are applied during the process which has the ability to penetrate through the skin, soft and hard tissues.

The power density in cold laser therapy is 5W/cm2 and can be applied to injured sites a few times during the week for 30 to 60 seconds.

Why Is It Beneficial?

Cold laser therapy is known to treat conditions like plantar fasciitis, rheumatoid arthritis, joint disorders, muscle fatigue, multiple skin conditions, and strokes. If used according to the guidelines given, this type of laser therapy has no side effects.

Despite the many benefits, the following are cautions to be taken when cold laser therapy is being considered as a treatment:

It typically takes a series of sessions to see sufficient results.

Our founders, Dr. James Stapleton DC and Dr. William Yadon DC, believe in making sure that their patients understand the process of cold laser therapy before starting their treatment. Get in touch with us today to book your appointment!